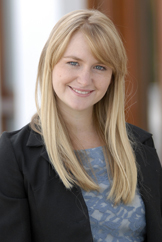 Ms Laura Gartry is principled young woman with a passion for life and a commitment to social justice. She is an outstanding debater, academically gifted and an all rounder who graduated in 2008 from Mt St Michael’s College in Brisbane. During the past four years, she made outstanding contributions to the academic, sporting and cultural life of the College.

Laura is a creative and generous person who shows a concerned interest in current issues, forming perceptive and mature judgement that she articulates clearly, fluently and at times forcefully.

Laura believes she can make a difference in this world. Her passion is to help the disadvantaged of society and she has devoted the last two years to truly understand and comprehend these issues. She wants to help, develop and change the policies that directly and negatively affects Australians most in need. Through her extensive range of community work, she has spent time and volunteered with many different groups of people. The experience has made her more passionate about injustice in the world.

She’s a strong advocate for the empowerment of indigenous people, refugee women and others from disadvantaged backgrounds.

In 2007 Laura was selected as a regional Queensland representative to attend the Caritas Festival of Global Concern in Sydney. While there, she met and was inspired by Young Australian of Year Tania Major and human rights lawyer Julian Burnside.

After this conference, she returned to her College and initiated a Make Indigenous Poverty History forum and concert which was attended by six local schools and over 200 participants. The Close the Gap campaign was next. It collected over 600 signatures and included the sale of T-shirts and wristbands. She was invited to attend the Sorry Day events and NAIDOC week celebrations as a Close the Gap volunteer.

She has always been very involved in her community. Laura has tutored Sudanese refugee children in reading and worked on Rosie’s homeless street retreat van.

Since 2006, she has regularly visited St Paul’s Villa, a local nursing home where she played her flute for residents and talked to some of the elderly people. She was a regular visitor to Ronald McDonald House, a home away from home for families of sick children receiving treatment in Brisbane. She face painted and read to children and their siblings. These experiences are a constant reminder to her to never take anything in her life for granted and to always think of people who are less fortunate or lonely.

In 2007 she received an Academic Achievement Award and a Principal’s Award for Academic Excellence. In 2008 she was awarded the College Best All-Rounder. In the same year she was the debating captain.The team reached the Queensland state finals rounds two years in a row and was undefeated in season in 2008. She has competed in cross-country, netball, touch football and volleyball. In 2008 she was the lead in the College’s production of “High School Musical”. She loves performance, music and dance and has been a classical ballet student since she was four years old.

Laura Gartry is a young woman on a mission and when she achieves her goals, the world will definitely be a better place.