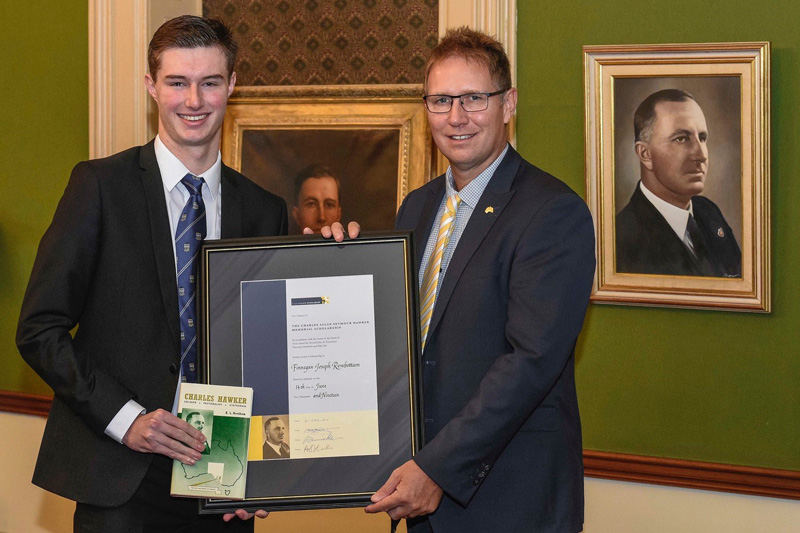 The main purpose of the scholarship is to encourage others to follow her brother's example of help and service to his country and his fellow men and women.

These scholarships pay fees at various colleges in the ACT, SA, VIC and NSW to a level determined by the trustees. Applicants must be an Australian citizen.

Most scholarships are awarded to first year undergraduates however 2nd and 3rd year students may also be considered. Successful applicants are required to study at one of the following universities and reside at the affiliated Colleges: 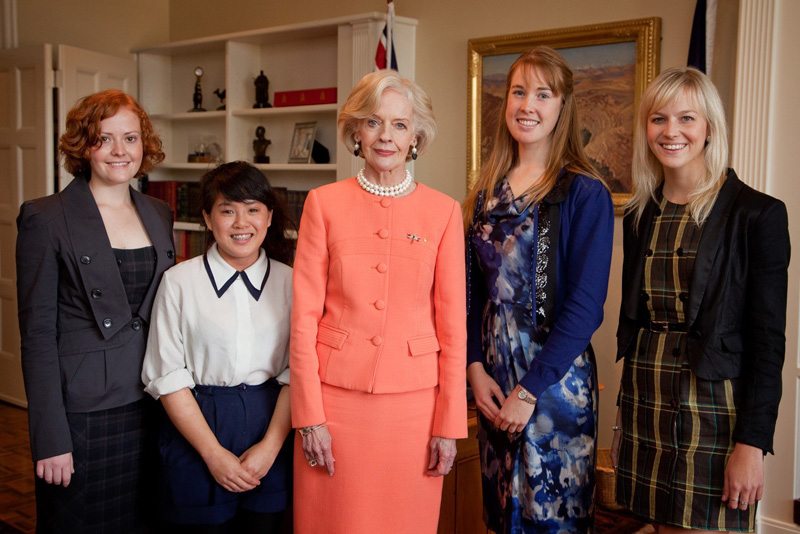 Selection is based on personal qualities as well as academic ability. Successful applicants are capable of demonstrating their potential as a future leader and the contribution they have made to their school and wider community. Preference is given to applicants aspiring to a career in public affairs, politics and / or community service. Students from regional areas are encouraged to apply.

Applications open in early December after year 12 results are known and close in early January, to allow successful applicants to commence their university year. Short listed applicants are required to attend an interview with the Trustees in late January. Depending on circumstances, the interview may be via video conferencing. Applicants are advised of the status of their application by early February.

Successful applicants must provide the Trustees with an annual written progress report. They are also encouraged to maintain contact with the Trustees once they have completed their studies.

The Scholarship funds are held in trust and managed by the Trustees. The Trustees include at least one direct descendent of C.A.S. Hawker’s Grandfather, South Australian parliamentarian the Hon George Charles Hawker MP (1818 – 1895).

"Charles Hawker has a lasting impact on Australian politics and was highly respected by members on both sides of the federal parliament,"

"He was Australia's first Minister for Commerce in the Lyons government in the 1930s. He was being seriously considered as Australia's wartime Prime Minister. His untimely death prevented him from achieving his full potential. He was a truly remarkable man, a great Australian and his story is inspirational,"