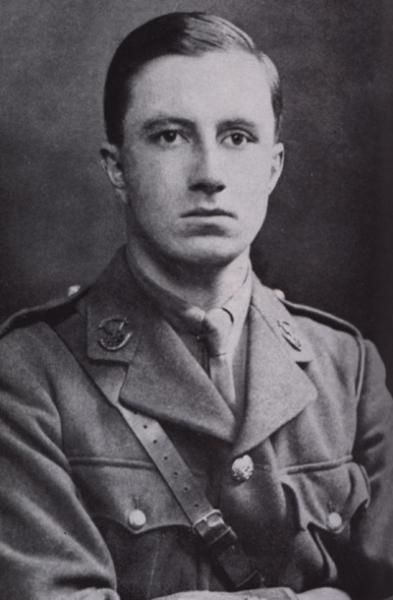 South Australian born Charles Hawker was one of Australia's most respected pastoral pioneers. He served with distinction in the First World War and went on to become a distinguished scholar and leading figure in the Federal Parliament. Historians suggest he may have been Australia’s wartime Prime Minister had he not been killed in the Kyeema aircraft crash in October 1938.

Born on 16 May 1894 at Bungaree homestead near Clare in South Australia, Charles Hawker was educated at Geelong Church of England Grammar School and from 1913 at Trinity College, Cambridge (BA 1919, MA 1922).

He enlisted in England in 1914 while at Cambridge and served with distinction on the Western Front at Ypres and Loos. He was wounded on two occasions and as a result lost an eye. After recuperating from fourteen operations he was classified unfit for active service. Charles Hawker however insisted on returning to the front with his battalion.

On 4 October 1917 at Broodseinde, during the third battle of Ypres, he was again severely injured by machine gun fire and was paralysed from the waist down. He was told he would never walk again. Through sheer determination, he learnt to walk with the assistance of two sticks. His legs were in surgical irons for the rest of his life.

"Frustration at being so badly handicapped never seemed to enter his head. Instead he was determined to improve his mobility so that he could serve his country and the Empire for which he felt such strong loyalty" - Lilias Needham

Charles Hawker returned to South Australia in February 1920. He studied wool classing, forestry and botany and took an increasing interest in the family property.

From 1927 to 1930 he was President of the new Liberal Federation of South Australia. In 1929 he entered the Federal Parliament as Member for Wakefield. In 1932 Prime Minister Lyons appointed Charles Hawker to the federal cabinet in the position of Minister for Markets and Repatriation. As the Country Party was not represented in the cabinet, Charles Hawker was the only expert on rural affairs.

When the Markets portfolio was renamed in April 1932 he became Australia’s first Minister for Commerce.

"Charles Hawker made an immediate, spontaneous and powerful impression. Combined with his forceful presence, he had great natural charm which drew everyone to him. I was struck by the clarity of his expression and by the clear penetrating quality of his voice. He was stronger in his presentation of his point of view than any other member of his time in the Federal Parliament" - J.A. Alexander, political correspondent. 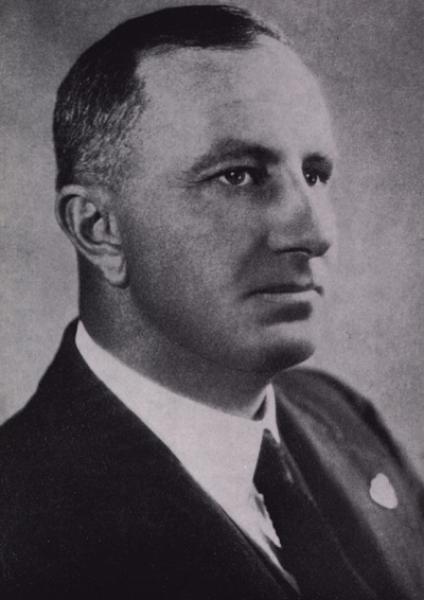 He was a fighting debater and a shrewd, tenacious, passionately sincere advocate of the things in which he believed. He resigned from the cabinet on 23 September 1932 over his opposition to increasing Members' salaries.

Throughout his life Charles Hawker displayed the highest personal qualities. Despite his physical disabilities, he won a place in public life which he held with increasing distinction. His political abilities were widely recognised. Fellow Minister and future Prime Minister Harold Holt declared that "Charles Hawker was the most unforgettable character I had ever known".

Charles Hawker was killed on 25 October 1938 when the aircraft Kyeema crashed in fog into Mount Dandenong in Victoria.

His untimely death was felt sharply. He had been an outstanding and respected figure in the Federal Parliament. Members on both side of the house would have supported him as Australia’s war time Prime Minister. Opposition Leader John Curtin believed Charles Hawker 'had been on the threshold of great achievements'.

A State memorial service was held at St Peter's Cathedral in Adelaide. His ashes were buried privately in the churchyard of St Michael's Church at Bungaree Station in South Australia.

His patrician politics, as well as his courage and determination, had already given rise to the 'Charles Hawker legend'. Charles Hawker never married and in 1968 the Federal electorate of Hawker was named in his honour.

He had been active in the establishment of St Mark's College and the University of Adelaide. Buildings at St Mark's and the Waite Institute in Adelaide, a library at Geelong Grammar School and a room at Burgmann College in Canberra, perpetuate the memory of this outstanding Australian scholar, soldier, pastoralist and statesman.