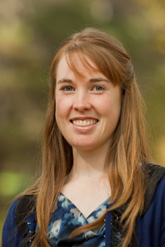 Miss Jacqueline Williams is a caring and compassionate person with a commitment to social justice. Through her sport, music, language and other studies she hopes to develop the skills to contribute to the local and global society. She believes that by fixing the problems on a local scale, we can improve the community on a wider national and international level.

Miss Williams has been the recipient of Learning Excellence, All Round Attitude and Application and other College awards. She has received subject awards in English, French, Maths, Chemistry, Physics, History, and Media. She was the Dux in 2007 and 2008. In 2010, Ms Williams participated in the Alliance Française Concours George Vincent and placed second in the ACT.

Throughout her secondary schooling, she enjoyed participating in the national Science, Geography, English and Mathematics competitions in which she received credit, distinction and high distinction certificates. In 2010, Miss Williams was awarded the Chand Gaind Award, in celebration of her high academic achievement, significant contribution to the life of the College, and altruistic orientation.

Miss Williams represented the ACT in hockey and athletics, and was part of her school’s hockey, rowing and basketball premier teams from 2007 to 2010. In 2010, she was elected as the school-rowing captain and was the only female in the shed to be an ACT champion in all three-boat types (single, double and quad scull). In 2010, she was awarded the Olympic Council’s prestigious Pierre de Coubertin Award in recognition of her participation, prowess and positive attitude in sport. In 2010, she was named the Radford College Sportswoman of the Year. Ms Williams recently undertook her level 1 coaching certificate.

Miss Williams has been playing the piano for seven years. She is interested in languages and international relations. She has studied French for seven years, and has been awarded the French subject award for the last three years at Radford. She has also been learning mandarin outside the school curriculum. She has travelled in Europe and America. She thinks that understanding different languages and cultures is important to understanding world dynamics.

She believes her studies will continue to develop her outstanding communication and analytical skills, and help her to gain a broader comprehension of both national and international issues, cultures and legal systems. She believes that law is the foundation of a just and fair society, and has the ability to protect and improve the society in which we live. Jacqueline stands out for her warmth and consideration of others. She has a genuine love of life and of learning and she achieves excellence in all she undertakes.