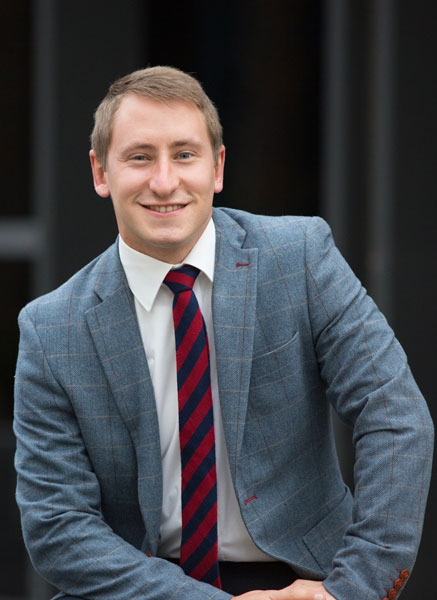 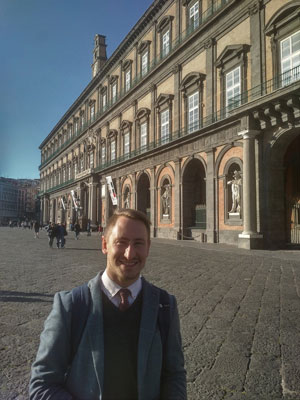 The award of a CAS Hawker Scholarship in 2009 was a great enabler for me, and for all of us fortunate to receive one. Now, with a decade’s vantage, it feels right to look back on what this special scholarship helped make possible and where it propelled me.

I write from London, where in the midst of the Covid-19 pandemic, it strikes me how different the world is to ten years ago. The challenges in front of students and all coming of age now are beyond what we faced after the financial crisis. Whether it is the daunting job of joining a strained workforce, of navigating so much information, disinformation, and misinformation or looking abroad to understand different parts of life, uncertainty runs deeper and wider. I also feel that Australia is not so sure of itself in practical, positive ways. In other ways it is maybe too sure of itself now - shallower than I remember a decade ago.

In all that, the optimism and opportunity of CAS Hawker Scholarships are more valuable than ever, not just for recipients but for our country. Indeed, Charles Hawker’s example of service and integrity as a parliamentarian and statesman as well as his dedication to prosperity and solidarity in the Great Depression is one that I recall regularly.

I currently work as a director for a global investigations and political risk firm, Nardello & Co., in the UK. From one day to the next, I investigate the full gamut of corruption, fraud, and bad business and undertake political risk and strategic intelligence cases everywhere across Europe, the Middle East, and Africa, as well as the Asia-Pacific. For now, it is my contribution to helping the best business to succeed and to root out corruption—and with consistently challenging and interesting work.

After becoming a Hawker Scholar in 2009 (on second application), I continued to study at Burgmann College at the ANU, having already moved from Adelaide to start study in 2008. The community spirit and healthy dose of competition at Burgmann made it a special place to be. ANU was an oasis for people from all over the country and different backgrounds who were there to do great things.

While continuing language study, I mixed my ‘straight’ economics with political economy. I found that, as probably befits a Hawker Scholar, the broader social and political ramifications of economic thinking were most interesting and pressing but not readily available in economics as ANU taught it.

While still at ANU I moved to live and study in Iran and Lebanon for nearly a year each. I also motorcycled India, visited Pakistan, debated in Qatar and did philosophy in Denmark. After returning home I pursued study through to first-class honours in Asian political economy and civil society while teaching Persian and Arabic. I also worked at the Chamber of Commerce and Industry in two different roles to build Australian industry, by increasing productivity at home and trading abroad.

In 2015, I received an Erasmus scholarship to support a double master’s degree in global economic history between Leipzig in East Germany and the London School of Economics (LSE).

I also took a year out to work in Dubai for a ‘Big Four’ firm and contribute to Iran and the Middle East’s economic development. While studying at LSE, I got involved in various civil society ventures like online campaigning and advising on the EU-Australia trade agreement. I am happy to continue that by supporting Transparency International’s efforts in London. After submitting my thesis, I ducked off to southern Russia for a few months amongst the Cossacks in Rostov-on-Don to learn more about the real Russia.

I am lucky to still count many of the Burgmann Hawker Scholars as close friends. Each has gone on to different things and it is a meaningful fellowship to be part of.