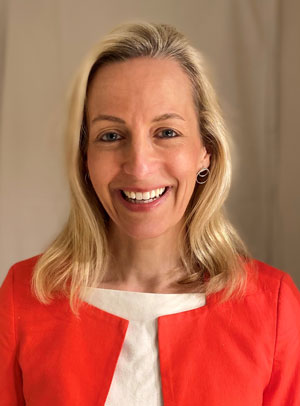 Kirsty Munro commenced her C.A.S. Hawker Scholarship at the University of Adelaide and resided at St Mark’s College in 1998, She then studied at ANU while in residence at Burgmann College in 1999 and 2000. She was awarded the ANU Chancellor’s Letter of Commendation for outstanding academic achievement in 2001, and published her Masters research as a book chapter.

Kirsty commenced working for the Australian National University in 2001 on AusAID projects located in Indonesia, Thailand and the Philippines, before joining the (then) Department of Education, Science and Training as a policy officer in the International Education branch in late 2002.

Now based in Adelaide, Kirsty has worked in the various iterations of the Department of Home Affairs since 2006. She is currently responsible for Regional Outreach in South Australia, working with stakeholders in business and industry across the state to increase awareness and understanding of regional migration initiatives.

Kirsty is Ambassador for microfinance organisation Opportunity International Australia and has fundraised over $32,000 since 2014 to support women in Southeast Asia. She is passionate about Spanish and Japanese languages and has lived in Colombia and Japan. Kirsty is married with three sons.

Kirsty will be forever grateful for the opportunities the C.A.S. Hawker Scholarship gave her.