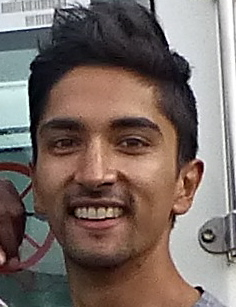 Backed by a Hawker Scholarship, Charles has continued to pursue a career in the humanitarian field. After graduating from the Australian National University (International Relations / Law (First Class Hons.)), Charles worked on conflict resolution and protection of civilian issues for the UN in Senegal and South Sudan, and as a solicitor in the competition and regulatory practice of a major Australasian law firm in Sydney.

After pursuing further academic study (Master of Public Policy at Oxford University), Charles then coordinated a project for the Norwegian Refugee Council (NRC) – an NGO – on the impact of counter-terrorism laws and policies on humanitarian action, and has subsequently been posted as a Delegate for the International Committee of the Red Cross (ICRC) to Uganda and Afghanistan.

“It is without doubt that the Hawker Scholarship, academically and through engaging with the community of Hawker Scholars, provided an exceptional platform from which to pursue a career seeking to continue Charles Hawker’s legacy of public service. For this, I owe the Trustees an ongoing debt of gratitude”.