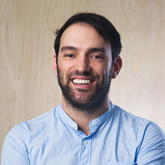 Alex graduated from ANU in June 2009 with first class honours in law. His honours thesis was on equity principles in the international climate change regime.

Alex spent his time at ANU actively involved in a breadth of activities. He was heavily involved in student representation, including as treasurer of Students’ Association, member of the Student Representative Council and a frequent contributor to the Woroni student newspaper. He was an active member of the Burgmann community where he sat on the College Board, was Chair of the Residents’ Association, resurrected the “Burg Play” tradition and was recognized with the Brett Rigland award for outstanding contribution to the college in 2008. One of his favourite memories from this was helping host the ‘election-watch’ party at the ANU-Bar to celebrate the election of Barrack Obama after having volunteered on his campaign whilst on the ANU US Congress Internship scheme.

Alex represented ANU at the World University Debating Championships and the Copenhagen International Negotiation Competition. He participated in the United Nations Youth Association of Australia (UNYA) and served as its National President from 2008-09 as well as joining in the founding summit of the Australian Youth Climate Coalition and serving on its inaugural steering committee.
The generous support from the C.A.S. Hawker Scholarship allowed him to live at Burgmann College and participate in his various extra-curricular activities.

After graduating, Alex has committed himself to being involved in activities that will contribute towards a more sustainable and liveable world. He went on to serve as the Chair of the World Federation of United Nations Associations’ Youth Coordinating Committee in 2009. Putting his ANU law degree to good use, Alex has worked in the Geneva office of the Institute for Governance and Sustainable Development as a law fellow and communications consultant around international climate change negotiations. He was also National Field Organiser for GetUp! during its 2010 Federal Election Campaign and was involved in its successful High Court challenge to the Howard Government’s restrictive electoral laws.

Since receiving his Masters, Alex has worked on the coordination team of the Global Campaign to Demand Climate Justice, working with activists from across the majority world to call for a ‘loss and damage’ mechanism under the UN Climate Convention and for a global moratorium on coal and other fossil fuel extraction. He also co-founded CodeNation, a digital agency that builds tech solutions for progressive campaigns and businesses.

Alex is currently working as the Movement Strategist with the Climate Action Network of Australia and serves on the board of GetUp.