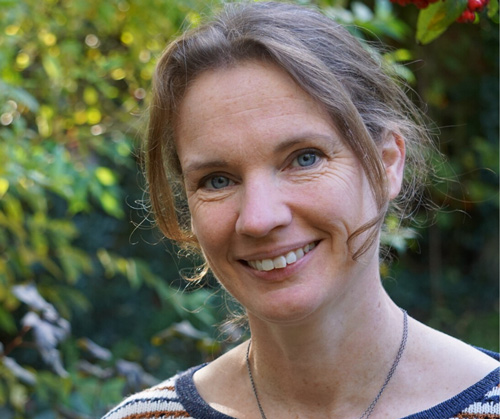 Dr Rachel Buxton is currently Director of Learning at St Mark’s College, Adelaide – a residential college with a long association with C.A.S Hawker and the Hawker family. She commenced this role in 2020, having returned to South Australia after some twenty years studying and working in Oxford, England.

Rachel Buxton was a C.A.S. Hawker Scholar at St Mark’s College in 1993- 97, and served as College Club President in 1997, when she was also awarded the Collegians’ Prize. She graduated from the University of Adelaide in 1997 with First Class Honours in English Literature, and the University Medal.

Rhodes Scholar for South Australia for 1998, Rachel completed a Masters and a Doctorate in Oxford in English language and literature. Her thesis on the influence of Robert Frost on Northern Irish poetry – a topic inspired by a suggestion from the then Master of St Mark’s College, Robin Ashwin – was later published by Oxford University Press.

Rachel served as President of the Hertford College Middle Common Room and was Wilkinson Research Fellow and Assistant Dean at Worcester College, Oxford (2001-2), and Salvesen Junior Fellow and Tutor for Women at New College, Oxford (2002-5), also undertaking internships with McKinsey & Co. and at the UK Cabinet Office.

While serving as Senior Lecturer in American Literature at Oxford Brookes University in 2005-9, Rachel completed an Executive MBA with Distinction, again topping her year.

Rachel served as Senior Tutor of Merton College, Oxford, from 2015 to January 2020, and also held that role in 2009-10 before serving as Domestic Bursar and Fellow of Lincoln College, Oxford, in 2010-15. As Senior Tutor at Merton, Dr Buxton managed all academic-related activities in one of Oxford’s academically most successful colleges, and devoted considerable attention to supporting individual students in their academic and personal development.