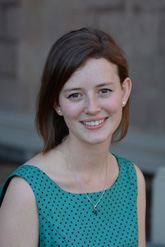 Nina Miers is one of the most gifted students to ever have attended St Philip’s College at Alice Springs. She is an outstanding scholar. In year 12 she achieved an ATAR of 99.8, the highest in Central Australia. This result completed a fine academic career at St Philip’s where she was Dux every year of her secondary schooling.

She is a talented writer. In year 11, Nina received a high distinction for English in the UNSW ICAS and is a recipient of the UNSW Medal for Writing, as the highest achiever in the NT and SA. In year 12 she achieved perfect scores in English Studies, History and Accounting. She is a multi academic award winner. The awards include the Chief Minister’s Literacy Achievement Award, the Ian MacGregor Rotary Award for Excellence in English Studies and the Australian Student Prize in recognition of her academic excellence in secondary education.

Nina was a College leader as an Academic Prefect, a member of the SRC and organiser of various College activities including the 2013 Inter-House Quiz.
She has been involved in international exchanges and study tours in Thailand and New Caledonia.

Nina was an enthusiastic participant in the Alice Springs community. She was a dedicated dancer and a member of the local Duprada Dance Company - and she sang at the Old People’s Home and the local Baptist Church.

There is no doubt that growing up in Alice Springs has influenced what she intends to achieve in the future. She witnessed and experienced the unity and hard work, motivated by a community of like-minded individuals, working together for a common purpose. She has seen the immense benefits of involving communities in their own development.

In a world where interdependency and globalisation is increasing, relationships between nations are becoming ever more important. Nina believes that a background in international relations will equip her with the knowledge to better understand the causes and effects of poverty and inequality, as she believes the sources of many of these issues lie in past conflicts.

She wants to see changes in both the government and non-government sectors - and she wants to be involved in those changes.

Nina could have studied anywhere in Australia or indeed around the world. She has chosen ANU in Canberra because it’s the hub of both political decision-making and research in Australia. These two areas she believes are pivotal in initiating change. She intends to pursue her interests in research and development at ANU.

Nina wants to examine the sources of poverty both nationally and internationally from an economic perspective. Rather than construct and fundraise for new development initiatives, she intends to gain the knowledge and skills to contribute in a manner that ensures that the funds and projects that currently exist are being implemented in the most efficient way possible.

Alice Springs is one of many communities around Australia in desperate need of long term, sustainable and effective change. She witnessed the impacts of dependency and the outrage caused by the Intervention. She read the Amnesty International reports and witnessed for herself the developing world issues present in the centre of one of the most developed nations on the globe.

Growing up in Alice Springs has raised many questions for Nina and she is determined that her university studies enable her to examine these questions in a greater depth, gain a deeper understanding of them and work to make a difference to the dependency and hopelessness that remains commonplace, not only in her hometown, but also throughout parts of the nation and across the globe.

Her Headmaster at St Philip’s College Chris Tutor AM says of Nina that she is, among many other things ‘hardworking, well-organised and willing to take on a challenge’.

Nina is a big picture person with vision. She is destined to succeed in her endeavours. Nina Meir is a deserved winner of a C.A.S. Hawker Scholarship.