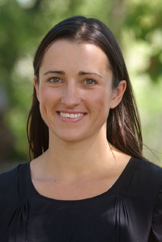 Gigi Cardwell grew up in the Mitta Mitta Valley North East Victoria on her family’s beef property. She attended the local primary school in nearby Eskdale with 60 other country students. Growing up on the land, she developed a deep and innate passion for agriculture. This passion has subsequently directed the things she has done in her life.

Gigi was a border from a young age at The Scots School in Albury. She returned to her local high school at Tallangatta Secondary College to finish her senior education. She graduated from Tallangatta High School in 2002 with a TER of 85.5. After a number of years working on properties around the country, Gigi returned to her formal education and in 2009 completed a Diploma of Agribusiness at Marcus Oldham College.

During her high school years, Gigi took on various leadership positions, including Sports Captain and various coaching roles. She studied guitar, violin and piano and enjoyed being involved in school productions. She loved athletics and played every sport she could find time to participate in. These included hockey, netball, girls’ football and cricket.

In her final year at high school in 2002, Gigi received the Young Person of the Year Award for the Mitta Mitta Valley for her outstanding contribution to the community. Also in 2002, she was selected to attend the Lady Sommers Leadership camp. This was a life changing experience, leaving her inspired and highly motivated.

Since graduating in 2002, she has followed her passion, working on various properties in Australia, New Zealand and Canada including as a Jillaroo in the Northern Territory. She has conducted her own business educating and selling stock horses. She is an extremely capable horsewoman and has excelled in difficult outback cattle station environments.

Gigi gained much practical experience and knowledge, however she felt she lacked awareness of the business components of the industry. This led her to enrol at Marcus Oldham College and with the support of the Helen McPherson Smith Trust Scholarship in 2009, Gigi graduated at a distinction level from the one year Diploma of Agribusiness.

The knowledge she gained at Marcus resulted in her wanting to learn more. She has returned to the College to complete the Bachelor of Business (Farm Management) Degree over the next 18 months.

By obtaining this qualification and the knowledge that goes with it, Gigi believes she will be an asset to Australia’s agricultural industry, an industry she is passionate about.

She is increasingly concerned about the impact of climate change and over population in Australia and overseas. Due to the use of conventional European farming methods, combined with changing climatic conditions, the Australian landscape has changed dramatically and is now being faced with large scale land degradation, erosion and salinity. To ensure the long-term sustainability, productivity and profitability of the agricultural industry, current farming practices need to change.

Gigi believes Australia has a lot to learn from the practices some other counties are implementing. In Portugal, farmers are being paid to farm carbon. By sowing permanent perennial pastures rich in legumes, they’re increasing the levels of carbon in degraded soils. This is not only helping to balance their greenhouse gas emissions to comply with the Kyoto Protocol, is it encouraging biodiversity to create much healthier and productive agricultural land. By promoting healthy soil, with year round ground cover, water retention is also greatly improved. In a country so dependent on water and in desperate need to reduce emissions, Australia, where feasible, would benefit immensely from embracing a similar system.

After graduating, Gigi wants to travel and add to her overseas experience. She wants to work with farmers in Australia, helping them to become more productive and efficient with minimal impact to the environment. She believes that with her experience, education and enthusiasm she will be able to help this great country improve its most valuable yet volatile industry.